Why Matthew's Gospel is so important to us today!

You won't regret it!

Taking a class can seem intimidating, but digging into the text and learning from this deeply Hebraic Gospel, then it becomes a powerful experience that will challenge your faith.  Each lesson you will dive into the study material, interact with the video teaching, and be quizzed on your knowledge.  This will sharpen your understanding of Matthew's Hebraic context and setting.  So, step up to the challenge of growing your faith by realizing how powerful the Gospel of Matthew really is!

The path to becoming a disciple (talmid)—a devoted follower of Messiah Jesus—takes intentionality and effort, so why not invest in this unique class on Matthew to inspire your discipleship journey? You are going to learn amazing things!

What you will learn...

Matthew's use of Parables

The important role of John the Baptist

Introduction: Welcome to the course!

Episode #1: Important Clues To Meaning: Beginning With The End In Mind

Episode #3: How the Infancy Narratives Connect with Israel's History

Episode #4: John the Baptizer, Testing in the Wilderness, and a Masterful Teaching on Kingdom Life

Episode #5: Messiah's Call to a Lifetime of Loyalty

Episode #7: When the King's People Gather in His Name

Episode #8: Being About Our Father's Business

Final steps to complete the course! 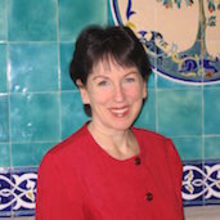 Claire Ruth Pfann is Academic Dean and Instructor in New Testament at the University of the Holy Land in Jerusalem. She received her Master of Arts in Bible from the Graduate Theological Union in Berkeley and has studied for the Ph.D. under the direction of Prof. Michael Stone at the Hebrew University of Jerusalem. She is a popular lecturer for short-term study groups coming to Jerusalem, speaking frequently on the Jewish world of Jesus and the earliest Christians, women in the Bible, and society and daily life in New Testament times.

She has been featured in numerous television shows and documentaries on CNN, CBN, the BBC, and the History Channel.

Mrs. Pfann worked with Prof. Emanuel Tov, Editor-in-Chief of the Dead Sea Scrolls Publication Project from 1991-1997, serving as the Production Coordinator for Discoveries in the Judean Desert (Oxford University Press), the official publication series for the Dead Sea Scrolls. With her husband Stephen, an editor of the Scrolls written in Cryptic (or esoteric) scripts, she is producing the Comprehensive Concordance to the Scrolls as well as a web-based, Multimedia Educational Suite on Qumran and the Scrolls.

With her husband, she wrote and compiled the database for the CD-ROM From Nazareth to Jerusalem: A Disciple’s Diary, and with the staff of the Center for the Study of Early Christianity, she contributed to the CD-ROM Christian Pilgrimage to the Holy Land, produced for the Ministry of Tourism of Israel by UHL/CSEC.

In addition to her teaching and administrative duties, she is a member of the research team and content advisor for the Nazareth Village, a historical museum experience in Nazareth which recreates Jewish town life in the first century AD based on literary and archaeological sources and contemporary ethno-anthropological studies.

A native of San Jose, California, she has made her home in Jerusalem for the past thirty- four years together with her husband of thirty-nine years Stephen.

Take the Course
We suggest moving this party over to a full size window.
You'll enjoy it way more.
Close
Go Fullscreen